This means that customers flying direct to an international destination on Delta, Aeromexico, Air France, KLM or Virgin Atlantic Airways can use facial recognition technology from curb to gate, including to:

Touch points throughout the terminal in Atlanta started coming online in mid-October – nearly all 25,000 customers who travel through ATL Terminal F each week are choosing this optional process, with less than 2 percent opting out. And, based on initial data, the facial recognition option is saving an average of two seconds for each customer at boarding, or nine minutes when boarding a wide body aircraft.

“Delta’s successful launch of the first biometric terminal in the U.S. at the world’s busiest airport means we are designing the airport biometric experience blueprint for the industry,” said Gil West, Delta’s COO. “We’re removing the need for a customer checking a bag to present their passport up to four times per departure – which means we’re giving customers the option of moving through the airport with one less thing to worry about, while empowering our employees with more time for meaningful interactions with customers.”

West added that Delta plans to scale the end-to-end airport biometric terminal experience to the global airline’s hub in Detroit in 2019.

On the heels of the successful roll out in Atlanta, Delta, in partnership with CBP and the Wayne County Airport Authority will expand the facial recognition boarding test that started in July, which was the first of its kind for the airport, to all 14 international gates at McNamara Terminal in the Detroit Metropolitan Airport (DTW) by mid-December. With this move, any customer flying direct to an international destination from DTW will also have the option of using facial recognition technology at boarding. In 2019, Delta will roll out facial recognition technology at DTW from curb to gate for its customers.

“It is a great honor for Detroit Metropolitan Airport to become one of the nation’s first biometric terminals,” said Chad Newton, Wayne County Airport Authority Interim CEO. “As a world-class airport, we are continuously seeking ways to enhance the customer travel experience. We look forward to partnering with Delta, CBP and TSA to provide passengers with the option to utilize facial recognition throughout their entire travel process.”

Over the past several years, Delta has led the industry on a number of customer solutions like RFID baggage handling, automatic check-in and bag tracking via the Fly Delta mobile app, a cross-industry alliance that will empower customers with a seamless in-cabin connectivity experience, more efficient and high-tech automated screening lanes, and a groundbreaking app that helps Delta pilots avoid turbulence for a more comfortable flight. Delta was named one of Fast Company’s Most Innovative Companies Worldwide in 2018, earning the No. 6 spot among travel companies.

Customers flying direct to an international destination from Atlanta’s Terminal F wanting to use this option simply:

And, if customers do not want to participate, they just proceed normally, as they’ve always done, through the airport. 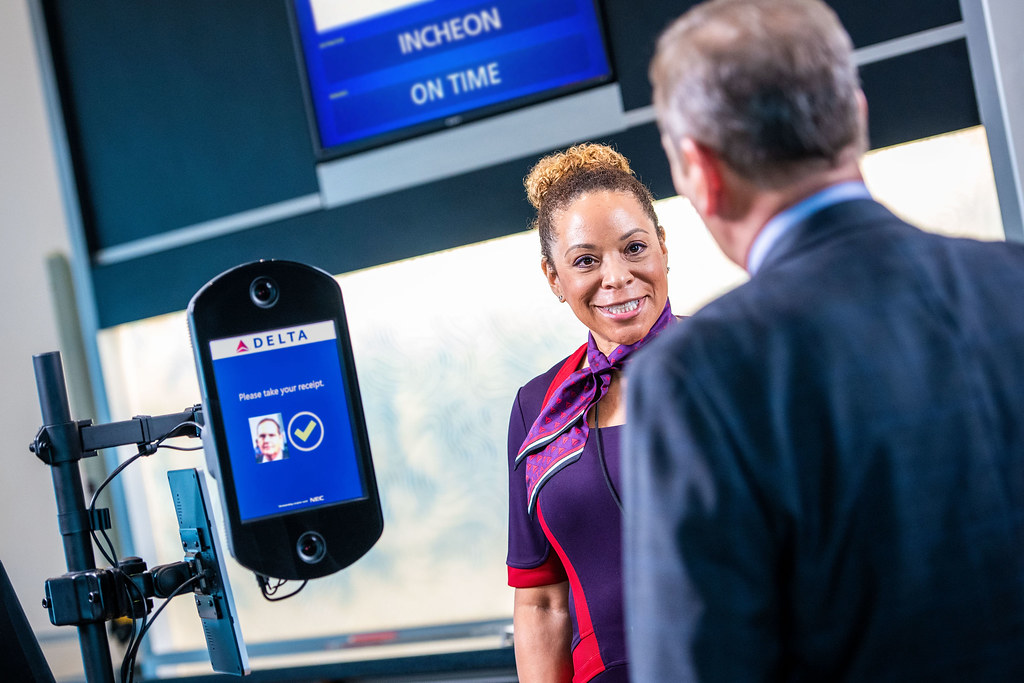