2018 has been a year of firsts for the airline industry thanks to Delta leading the way with innovative investments and experiences that are transforming travel into a part of the journey customers can look forward to. From adding biometric options that ease airport processes, to reimagining how in-flight entertainment is delivered, Delta is drawing the blueprint for the future of travel. At the core of it all are Delta people, with and for whom the global carrier has developed proprietary tools to support their efforts in delivering the Delta Difference they’re known for on the ground, in the air and on the go, worldwide.

Check out the top 10 ways Delta made waves in 2018 through its customer-centric, employee-focused approach to innovation.

1. Launching the epic, first-ever facial recognition biometric terminal in the US

Delta customers flying internationally out of Atlanta Hartsfield-Jackson International Airport’s Terminal F now have the option to use facial biometrics instead of a boarding pass or government-issued ID to check in, check a bag, pass through security and board their flight. The technology is already saving an average of nine minutes at boarding with nearly all customers choosing to participate. Delta quickly scaled the technology to all its international gates in Detroit, where it plans to roll out the curb-to-gate experience in 2019. Read more. 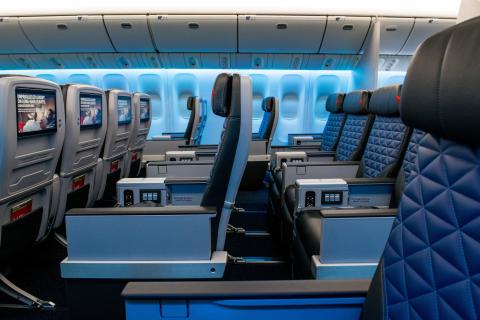 Delta introduced its revolutionary wireless IFE platform in 2018. The Delta-proprietary system developed by the airline’s own startup is the first of its kind and installed in Delta’s new A220 fleet that takes to the skies in January. Features include tablet displays that deliver a vivid and interactive experience to the user, and can easily migrate to new and emerging display technology so Delta can continue customizing the IFE experience for its customers — all while cutting tons of emissions by reducing the weight of wiring on the aircraft.

Delta is the perennial leader in in-flight entertainment, dating back to 2016 when it was the first US airline to make all in-flight entertainment free. Since then it has continued to put more seat-back screens on more aircraft than any other airline and was a leader in offering free messaging in flight so customers can stay fully connected with those on the ground or in the air. Read more.

Delta Sky Club members with CLEAR can use their fingerprints to enter all 50 U.S. Delta Sky Club locations, making Delta the only U.S.-based global airline to offer customers a secure biometric check-in option at a single touch point across its domestic network. The experience is made possible through Delta Biometrics Powered by CLEAR, which is free for Delta Sky Club members who are U.S. citizens or permanent residents, and has the potential of streamlining check-in for millions of club visits each year. Read more.

4. Creating another way for customers to use their miles as a form of payment

Industry-leading delta.com functionality means Delta customers have the ability to pay for upgrades after their initial purchase using the same or different form of payment, including the brand new option to use miles via Delta.com. This new option, made possible by Delta’s ongoing digital investments, will give Members traveling for business or leisure the ability to use their personal miles to upgrade their experience whenever they fly — and miles can be used to upgrade a single leg or multiple legs of a journey. Read more.

The Delta-built Flight Family Communication platform ensures employees, or flight family members, working an assigned Delta flight can communicate directly with one another about the status of tasks and customer service items required before departure. Since its launch this summer, nearly 80 percent of all Delta departures have benefited from the proprietary system that’s use has resulted in an astronomical 65 percent jump in Delta’s ability to depart on time when a team has less than the minimum allotted time to push out a flight — less “turn time,” as the industry calls it, can be caused by a number of variables including an aircraft arriving late due to weather at the departure airport. It has also resulted in a drop in the amount of time employees spend traversing the jet bridge to talk with one another during pre-departure, leaving more time to engage with customers to keep them informed. Read more.

Seeing the invisible — that’s the super power Delta’s industry-only Flight Weather Viewer app gives Delta pilots, and why Delta is the only global airline to experience a decrease in severe turbulence encounters over the last few years, despite a greater number of severe weather events worldwide. ​Delta continues to be the only airline to harness the power of big data to serve up a real-time visual display of the air space on its pilots’ flight deck tablets. The latest version is amped up with functionality that has made it a constant companion for Delta pilots who are now using it on the vast majority of the global airline’s flights to deliver a safer, more comfortable and fuel efficient flight. Read more.

7. Providing an intuitive lifeline on your journey through the enhanced Fly Delta

The Fly Delta app is consistently at the top of airline app ratings because of its industry-leading features that help customers manage their travel experience on the go. Customers can be checked in automatically, use fully integrated airport wayfinding maps to easily navigate new airports, manage upgrades, track checked bags in real time, rebook a cancelled flight, and more. Read more.

8. Using mobile and crowdsourcing to deliver bags when things don’t quite go as planned 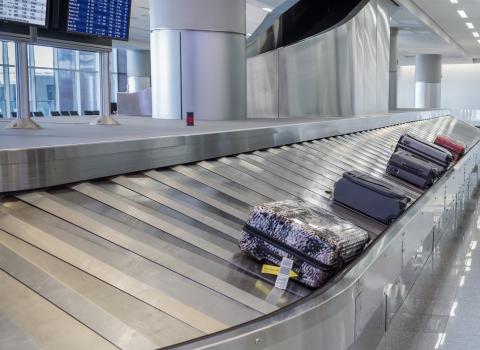 Delayed bags are a rare occurrence for Delta customers thanks to award-winning programs like RFID bag tags. That, and the global carrier’s 20-minute bag guarantee, haven’t stopped it from investing in innovative ways to more quickly and conveniently reunite owners with bags that don’t quite make their intended trip. Mobile Bag Service Office was introduced in 2018 to allow customers to file a bag claim via the Fly Delta app instead of having to visit the local Delta baggage service office. Delta also expanded its partnership with Atlanta-based start-up Roadie – a crowdsourcing on-the-way delivery service. In addition to faster deliveries, customers in areas where Delta and Roadie partner receive real-time status updates and the ability to track their bag once it leaves the airport. Read more.

9. Expanding those nifty handheld devices that are changing reservations, lives and more on the go

In 2017, Delta rolled out 100 handheld devices to help gate agents drive more personal engagements with customers at its home airport in Atlanta. The convenient “Nomad” tool gives agents the ability to make seat changes, rebook customers, check bag status, board or check-in customers, and print bag tags and boarding passes. The airline will now deploy 1,000 more devices to nearly 40 domestic and international locations. This expansion will feature enhanced functionality and expand the reach of employees using the tool to more than 2,500, benefitting countless more customers along the way. Read more.

10. Remaining the only global airline with RFID real-time bag tag tracking via its app

In Feb. 2018, Delta earned a position as one of Fast Company’s Most Innovative Companies Worldwide in 2018 for the use of the airline’s RFID bag tracking technology. A first for U.S. carriers – RFID bag tracking technology employs scanners which use radio waves to capture highly accurate and consistent data stored on an RFID chip embedded in every Delta luggage tag, driving superior tracking and increased transparency.  Delta remains the only global airline to deploy this technology across its network and to provide customers with live push notifications about their bag’s journey via the Fly Delta app. Read more.

Over the past several years, Delta has led the airline industry on investing in a number of innovative customer solutions, like launching the first facial biometric terminal in the U.S., RFID bag handling, automatic check-in and bag tracking via the Fly Delta mobile app, an alliance designed to empower customers with seamless in-cabin connectivity experience, and a groundbreaking app that helps Delta pilots avoid turbulence for a more comfortable flight, and introducing Delta Biometrics at all domestic Delta Sky Clubs. The global airline is also empowering its employees – the backbone of Delta’s success – to have more meaningful interactions with customers by arming them with real-time handheld tools that aggregate data in a way that allows them to personalize their service delivery and have more meaningful interactions – not just transactions – with customers.  All of this has contributed to Delta being named one of Fast Company’s Most Innovative Companies Worldwide in 2018, earning the No. 6 spot among travel companies.

Delta Air Lines serves more than 180 million customers each year. In 2018, Delta was named to Fortune’s top 50 Most Admired Companies in addition to being named the most admired airline for the seventh time in eight years. Additionally, Delta has ranked No.1 in the Business Travel News Annual Airline survey for an unprecedented eight consecutive years. With an industry-leading global network, Delta and the Delta Connection carriers offer service to 302 destinations in 52 countries on six continents. Headquartered in Atlanta, Delta employs more than 80,000 employees worldwide and operates a mainline fleet of more than 800 aircraft. The airline is a founding member of the SkyTeam global alliance and participates in the industry’s leading transatlantic joint venture with Air France-KLM and Alitalia as well as a joint venture with Virgin Atlantic. Including its worldwide alliance partners, Delta offers customers more than 15,000 daily flights, with key hubs and markets including Amsterdam, Atlanta, Boston, Detroit, Los Angeles, Mexico City, Minneapolis/St. Paul, New York-JFK and LaGuardia, London-Heathrow, Paris-Charles de Gaulle, Salt Lake City, São Paulo, Seattle, Seoul, and Tokyo-Narita. Delta has invested billions of dollars in airport facilities, global products and services, and technology to enhance the customer experience in the air and on the ground. Additional information is available on the Delta News Hub, as well as delta.com, Twitter @DeltaNewsHub and Facebook.com/delta.