‘More than an airline’: Employees use voices to lobby Congress support of anti-trafficking legislation 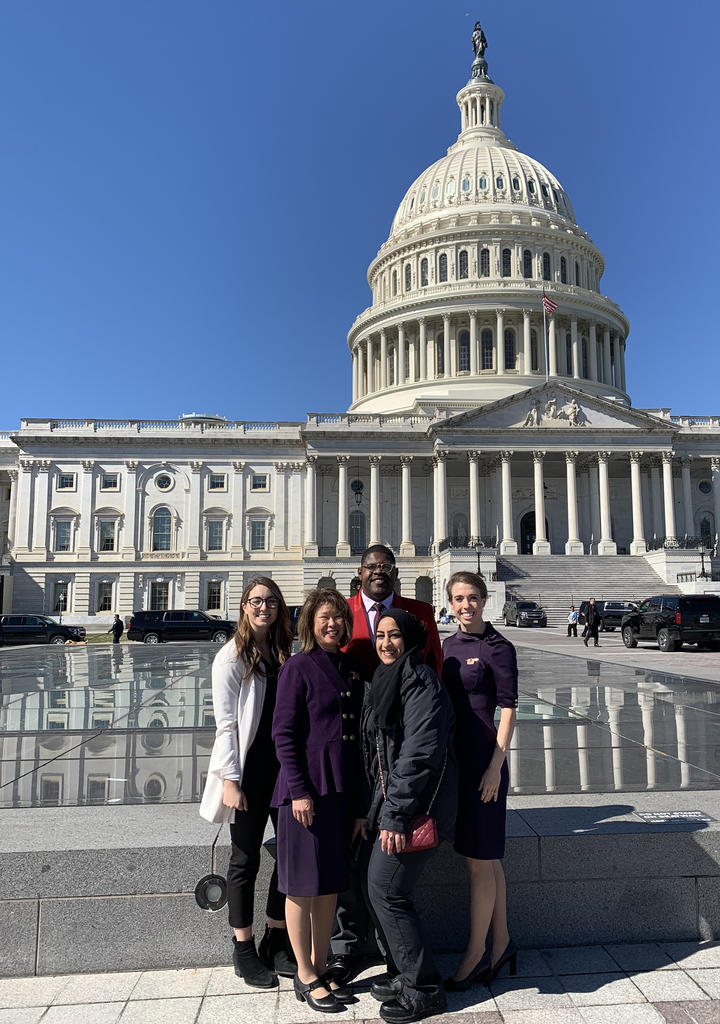 Lobbying for legislation is a key pillar in Delta’s #GetOnBoard campaign, using our brand position responsibly to show up in a space where airlines might not typically be expected: the fight to end human trafficking.

On Wednesday, March 3, a cross-divisional team of Delta people took to Capitol Hill to lobby members of Congress on anti-trafficking legislation. The two bills in focus align with Delta’s mission to end human trafficking and benefit American people by supporting victims while holding perpetrators accountable.

Delta visited offices of Representatives Drew Ferguson (R-GA) and Dan Kildee (D-MI) to discuss H.R. 4456, as well as Representatives Tim Walberg (R-MI) and Lucy McBath (D-GA) to recognize their sponsorship of the legislation. The bill, titled “Enhancing Detection of Human Trafficking Act” would authorize the training of Department of Labor personnel to detect and assist law enforcement in preventing human trafficking.

Employee testimonials brought the policy to life. “Human trafficking is happening in our communities and right in front of us. My sister was almost abducted, and I wasn’t there to fight for her then. I am fighting for her now and will continue to,” said Minneapolis-based Morgan Meyer, Lead Customer Experience Specialist – Reservations. “Delta’s education has made me more aware. Training better positions us to be aware of others at risk of being trafficked and allows us to respond.”

Training is critical to convert awareness into action. Delta has trained over 86,000 employees to detect and report signs of human trafficking at work, at home and in local communities. In January, the First Lady Marty Kemp announced a new mandatory training required for Georgia employees modeled after Delta’s training, including Delta’s video-based modules in the state program.

The Fly-In group also lobbied for the “Trafficking Survivors Relief Act of 2020,” or S. 3240, which supports the vacancy of convictions and expungement of certain arrests of victims of human trafficking for nonviolent crimes. Delta advocated for support of the bill with offices of Senator Klobuchar (D-MN), Senator Perdue (R-GA) and Senator Portman (R-OH).

The legislation aligns with Delta’s anti-trafficking strategy to make survivor stories our priority. In partnership with Wellspring Living, Delta offers an apprenticeship program for women who have been trafficked or experienced sexual exploitation. These apprenticeships offer survivors career skills, mentorship and critical work experience to help them chart a course to new opportunities. Delta has hosted 7 apprentices since October 2018.

“Today allowed me to create the ‘Delta Difference’ on Capitol Hill and have a voice for those who have been silenced. If these bills are passed, it would mean so much to know that my great team of colleagues were able to influence change and bring our nation together in one collective step for humanity,” said Brandon Bookman, Red Coat – Airport Customer Service, Houston Hobby Airport.

Americans can advocate for the bills by contacting local policy makers and encouraging their support.

In addition to donating miles to trafficking survivors, customers have two opportunities to join Delta in fighting human trafficking next week:

“Connecting the world isn’t just about me dawning a uniform and helping get people from point A to point B, but connecting victims to better futures,” said Detroit-based flight attendant, Corinne Derenburger. “Delta is so much more than just an airline. We are a global brand that is engaged on the bigger picture.”